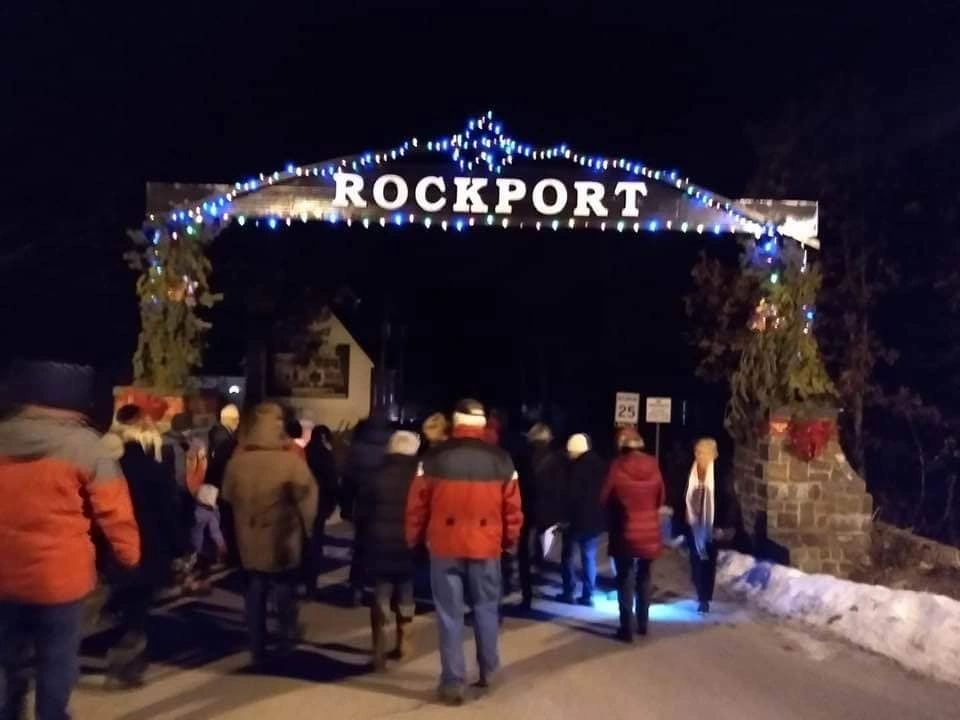 Get in the Christmas spirit with “Light Up the Gate” on Nov 22 at 7 p.m. at Church of the Redeemer, Rockport. Enjoy an evening of musical entertainment by Bruce Cudmore along with Christmas carolling followed by hot cider and goodies.

Nov. 8th: 7-9pm
No admission! *Free will offering
Church of the Redeemer in Rockport!

PHOTO GALLERY OF PAST EVENTS

The village of Rockport was the site of the Chinese Friendship Agreement between the 1000 Islands Canada and 1000 Islands Lake in China.

The Township of Leeds and the Thousand Islands Mayor, Frank Kinsella and Chun’an County, China’s Mayor Ling Zhifeng signed the agreement onboard a Rockport Boat Line cruise boat on September 13, 2009.

The agreement states, it will establish mutual visits between the two local governments, share resources between travel agencies and tourism enterprises in the two1000 Islands, inviting their local media and linking web sites to create awareness of their counterparts in local markets.

Ed Huck Marine was looking to help put Rockport on the map in a very meaningful way to mariners. A large sign spelling out the villages’ name that could be seen from near and far seemed a great way to let boaters know they were welcome in Rockport. Made of heavy-gauge aluminum, the new sign sits atop the main repair shop and spans a distance of 29 feet. Each letter is 3 ½ ft. high by 8 inches deep and is internally illuminated with state-of-the art submersible LED lighting. The lighting was specially designed to provide a warm, welcoming red glow at night without creating a harsh glare or interfering with mariners’ night vision. The entire sign requires only a little more power than a single 100 watt bulb!

Using photo-realistic mock-ups, the sign was conceptualized, designed, and supplied by Outcraft Services of Rockport with The Welding Company of Lansdowne providing custom metal fabrication services.

Following the highly publicized visit of President U. S. Grant in 1872,  many Americans discovered the beauty and enchantment of the 1000 Islands and determined it was a much more moderate climate to spend their summers than the heat of the southern states.

Summer homes started appearing on the islands and thus began the "Playground for the Rich and Famous", the 1000 Islands. The grand summer homes brought new architecture to the area that can still be viewed today. Wooden rowing boats were updated with small inboard engines and were used to chauffeur people from Islands to villages on both the US and Canadian shores. Ferryboats arrived to connect the US and Canada and travel between the two countries. Today, we still treasure wooden boats built by hand over the generations. While wooden boat building has given way to more modern materials the area is still or once again famous for boat building but now the industry is also building ice boats. There are families who reside on some of the islands all year round and this is now quite possible by the ice boats, built right here in this area.

The charming history of Rockport and the 1000 Islands is evident as much of the architecture and boats are lovingly maintained today. You will often see restored boats of the pastcutting through the waves and darting between the islands. Many books have been written about this area and the magic and charm have carried forward to be shared again and again for the pleasure of today and tomorrow.

Rockport, 1000 Islands Canada is natural beauty at its best — beauty that has been enjoyed for many generations past and many more still to come.